Dion Nijskens (53) from Roermond collects litter. Not for a physical collection to display at home, but as a litter picker. He has been collecting and registering hundreds of pieces of waste every week for years. Why does he do this and where does his drive come from? Read the story of the man with a mission here. 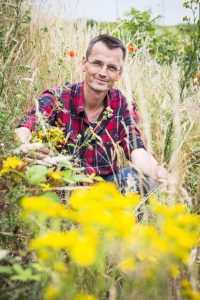 “I am a nature lover by nature,” says Dion. “As a child, after high water in my then hometown of Reuver, I always went to see what had washed up. I mainly collected skulls of animals, but even then, about 40 years ago, I saw other waste. That certainly determined my choice of education and career: I went to study environmental science and work as a public space policy officer for the municipality of Venlo. But it certainly contributed to what I do now in my spare time.”

“Since 2012, I have actively started cleaning up litter. Since that time, I have also been intensively involved in the Schone Maas project through my work. I mainly collect along the Maas in my current hometown of Roermond, but I also go to other places along the Maas or in nature. Especially in places where relatively little is cleaned up. But I don’t just pick it up and put it in a bag. I also register a lot of waste. That has already given me a large collection of special photos. By sharing the collected information and photos on social media, among other things, I try to make certain problems visible. This way we can work on awareness and, where possible, also on a source approach.” 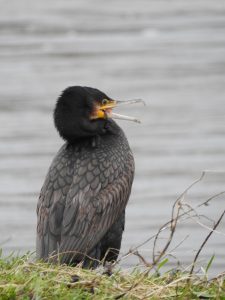 Animal suffering due to litter

Especially the animal suffering that results from litter is very close to Dion’s heart. “A cormorant with a plastic ring in its mouth, a goose with a fishing hook in its leg or a swan with a fishing line around its body. It can all be seen here. I try to help these animals, but unfortunately I don’t always succeed. I also once found a vomit ball full of Styrofoam. Apparently, animals do not recognize this and thus ingest the waste along with the food. You can imagine that this is not good for the animal.” 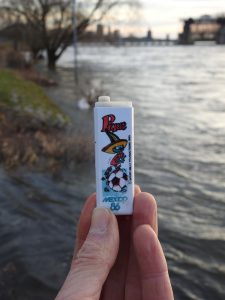 Dion has already found a lot of different things. Not only plastic bottles, cups, caps, candy wrappers or the like, also curiosities such as a grenade from the Second World War, plastic items from the 60s, 70s and 80s: items from the State Mines, a wrapper from a Raider (now Twix), lighters from the World Cup in ’86, etc. “I go to places where normally people don’t often come to see what waste is left behind. Sometimes I find stolen items such as broken open cash boxes, bags, license plates, etc. And during my forays I occasionally come across places in the green where people spend the night in tents or places where weed is secretly grown.”

Although it sometimes feels like mopping with the tap open, Dion sees an improvement. “I see that many more people have started clearing litter. This is partly due to the initiators of the Schone Maas project. I also see good developments in the field of prevention, such as a deposit on plastic bottles and cans and the SUP scheme. But there is still much work to be done. We all still use so much plastic. Personally, I also think that there should be a higher deposit amount to make polluters pay more and to reward cleaners more.”

How do we reduce the litter problem?

According to Dion, the problem is not easy to solve. “In particular, (inter)national measures are needed. A good step has already been made with the SUP directive, but a ban on more products would certainly help. Think, for example, of disposable lighters, drinking bags, cigarettes with plastic filters and where possible on plastic packaging such as candy wrappers, bread bags with plastic, plastic around cigarette packs, etc. And why not a high deposit on fast food packaging, cups and glass bottles? We also find a lot of them in (litter) waste. A final pillar, I think, is enforcement: you can often follow the beer cans trail and you don’t want to know how much waste (some) recreationists and fishermen leave behind on the banks.”

“It is very good that the litter problem is being looked at across borders,” continues Dion. “I can see from the texts on cups, lighters and other waste on the Meuse that it often comes from Germany, Belgium or even France. The Meuse, Roer, Geul and countless other rivers and streams belong to all of us. International cooperation is absolutely necessary to tackle plastic waste, otherwise it will continue to be mopping downstream with the tap open. The Litter Free Rivers and Streams (LIVES) project will certainly contribute. If we work on a Euregional basis on (plastic) prevention and removing waste from the water as early as possible, but also on raising awareness and making international agreements, this will certainly have an effect. For example, it is very desirable if a deposit is also introduced in Belgium on plastic bottles and cans. That would already be a significant amount of litter less.”